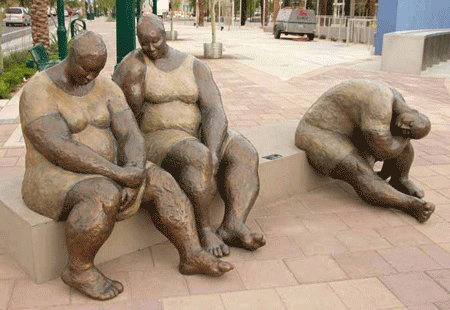 I have been having an annoying problem recently. One of the projects I am working on has a fairly large Gemfile and this is impacting startup time considerably on Ruby 1.9.2.

Ruby Start-up Times is a good article detailing boot up times for different ruby versions with a relatively fresh app.

Well, the development app I am currently working on has 148 gems defined in the Gemfile.lock. I don’t think this is overly excessive as many gems such as devise have many dependencies.

This impacts the speedy development feel which rails gives you, diminishing the experience somewhat. I decided to try and see different boot times for different ruby versions. 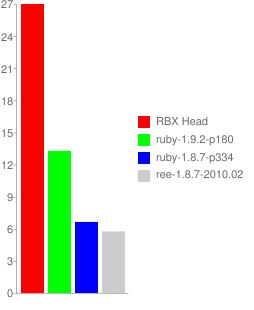 The graph above shows the average run time for the above script in seconds for each of the ruby versions listed. The ruby versions were installed using rvm. The most recent REE gave a mysql2 segmentation fault so I went with the earlier version.

Rubinius is painfully slow to startup, for me it is currently unusable. 1.9.2 is significantly slower than 1.8.7 for bootup. This is highly frustrating as once the application starts up, 1.9.2 feels snappier than 1.8.7.

REE takes the title for the fastest rails 3 bootup time in development for a project with a number of gems defined in the Gemfile.

There is a thread about this on Rails-Core

There are things that the C require code does in 1.9 that slow things down. One such example is re-checking $LOAD_PATH to make sure it is all expanded on every require. This is something that should be addressed by ruby-core. I’ll open a ticket on redmine if there isn’t one already.

I am also experiencing this problem and a $LOAD_PATH issue seems like a potential cause. Lets hope it gets fixed soon.

Digging deeper there is a bug report on the ruby bugtracker but unfortunately it looks to be scheduled for the 1.9.3 release. It doesnt look like this is going to be coming out any time soon, so another solution needs to be found.

Suggestions for a quick fix

« Back to Posts List « Pomodoro and Incremental Improvements I18n fix »